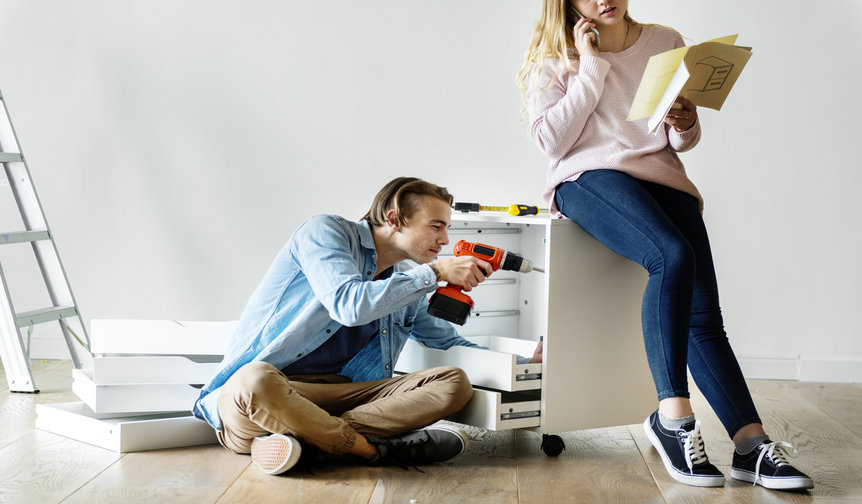 Does anyone do housework anymore?

As the 21st century marches on and our “always on” work culture becomes commonplace, the concept of “downtime” - and what we do with it - has changed.

For many people, and in particular the younger generations, time outside of work is heavily geared towards maximising pleasure. Binge watch your favourite show on Netflix? Definitely. Finally organise a night out with all your pals? Check. Come back from a long day and immediately get started on the housework?

Housework, now often referred to as “life admin” is increasingly seen, in very real terms, as just another extension of work. And according to 5 out of 6 Brits, there’s a good reason not to bother. With Gen Z beginning to hit their early twenties and moving out of the house and into their own spaces, it’s becoming clearer that there’s a generational divide in attitude towards doing traditional household tasks and whether there’s any value in it.

“Getting around to it”

Call it confidence, experience, or just a knack for getting the job done, but the older Brits are, the higher they rate themselves at doing traditional housekeeping tasks

While almost 88% of us say there’s a reason we don’t get around to DIY jobs in the first place, Baby Boomers - aged between 54 and 72 years old - are far more likely to say they’re above the average Brit when it comes to tackling the job.

On the other hand, people under 37, the Millennials and Gen Z, feel they’re far worse at getting the job done.

Can’t someone else do it?

Find yourself asking for help with the housework? Chances are you’re a younger member of society: Gen Z is almost 6 times more likely to ask for assistance than do the work on their own.

more likely to do it themselves

more likely to do it themselves

While Baby Boomers are hitting retirement age, it could be longer hours among working age Gen Z members and Millennials that’s making them far more likely to seek assistance rather than go it alone to keep the household running. Or perhaps it’s the greater availability of services aimed at young people that can lend a hand at home that seems more appealing than “doing it yourself”. In fact, if you’re particularly tech savvy, there’s everything from YouTube help videos to on-demand services like TaskRabbit to help you get the work done.

For those of us who are older? Traditional professional help might be the only perceived route, leading many Baby Boomers to simply do it themselves.

It’s just not a priority

Looking at the bigger picture of what we do with our downtime, from spending time with family and socialising to self-development and romance, it becomes clear that the way younger and older generations prioritise household tasks against this backdrop is quite different.

% who consider it a priority

Instead, Gen Z are more likely to prioritise self-development and romance - and prioritise them far higher than Baby Boomers.

But it’s not all work and no play for the older generations. This cohort places more emphasis on family time than housework and would sooner socialise with peers than tackle the DIY.

% of generationm that see this as a priority

In truth, household tasks are not top of the list for either generation, but a key factor in getting those jobs done lies in how different generations approach the concept of prioritising. Rather than selecting individual priorities, younger generations assign equal levels of importance to a greater number of activities than older generations do, spreading themselves (and their focus) more thinly across what they consider most vital. It’s this conflict of priorities that could make committing to home tasks more difficult - or at least less likely - among younger generations.

And, when there are multiple things to be done that take the same amount of time, people tend to prioritise the ones they prefer doing. Even if it means working on that self-help book over totting up last weekend’s expenses.

What’s in it for me?

With a greater number of perceived priorities to juggle and ever-decreasing time to do it in, young people have taken to organising their downtime in quite a calculated way: Whatever delivers the most value will be prioritised over other tasks that are perceived as less personally rewarding, like, say, hoovering the front room.

Broadly speaking, the way Gen Z see it, the more you prioritise something, the more personally beneficial it should be. By comparison, Baby Boomers will actively prioritise things like housework, which they don’t feel is rewarding, essentially because (in their eyes) it simply needs doing.

But are Baby Boomers shooting themselves in the foot by prioritising tasks they don’t enjoy? What our research showed was that while fewer Gen Z members assign time to housework - potentially because they don’t prioritise it over more “rewarding tasks” - when they do get around to doing the housework, they appear to get more out of it. Perhaps leaving it a little longer between spring cleaning could make the job less of a chore, or the effects a little sweeter.

Other obstacles to housekeeping

Despite differing levels of motivation when it comes to doing household tasks, there are plenty of reasons why all generations don’t work on them when they should.

Baby Boomers and Gen Z are both equally likely to confess that they simply can’t be bothered to do household jobs but it’s a different story when it comes to taking responsibility for not completing a task.

In fact, the younger you are, the more likely you are to use “I’ve never being taught” as a reason for not doing something around the house. By contrast, older generations are more likely to admit they don’t know how to do the work required.

Time is precious, the housework less so

For Baby Boomers, housework, DIY and organising their personal finances are all things they place a lot of importance on, yet that’s not to say they find them particularly enjoyable or valuable aspects of their everyday life.

At the same time, Gen Z don’t prioritise housework nearly as highly, but when they do get round to it, they find them much more rewarding than older generations.

For younger generations, one thing is clear, time is precious. It’s a commodity best reserved for the most personally rewarding tasks and this means housework and DIY are considered to be on the backburner until absolutely necessary. The Baby Boomers’ prioritisation habits contrast a great deal with this.

However, if more value can potentially be gained from doing household tasks - but only when they’re done less often - this raises the question: could the traditional approach to housework of older generations be on the way out? The dynamics of home-making and maintenance may be subject to a seismic shift in the future - and our houses a little messier.

Gen Z are 1.5x more likely to give this reason than Baby Boomers

Gen Z are 1.5x more likely to give this reason than Baby Boomers