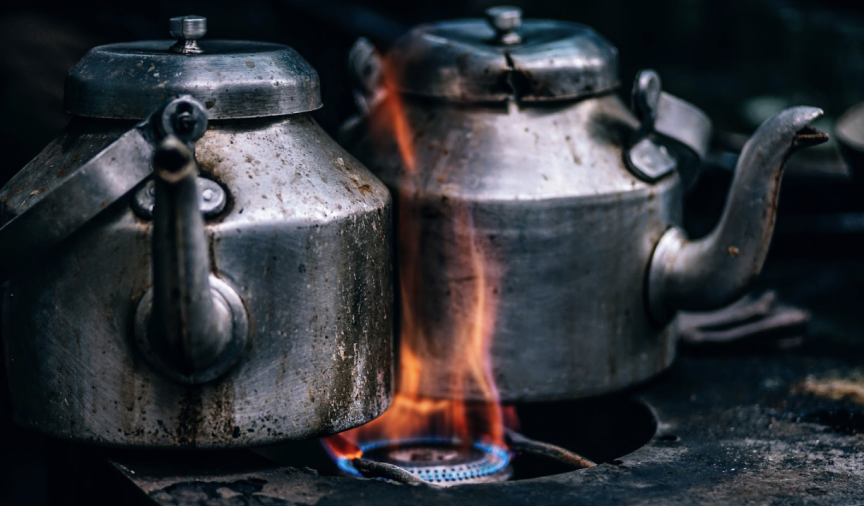 What is boiler kettling?

Trying to enjoy a few minutes peace but distracted by a noisy boiler? Since new boilers are designed to operate pretty quietly, boiler banging noises could mean something’s wrong with your appliance.

Take a moment to listen to the noise coming from your boiler. Does it sound a little bit like a kettle reaching its boiling point? If the answer’s yes, it’s probably down to a common problem called boiler kettling. Here we’ll explain what a kettling boiler is, why you’ve got such a noisy boiler and what can be done to stop your boiler banging.

Why is my boiler making a noise?

Boiler kettling is the term used to describe gas boiler noise that sounds a little bit like a whistling kettle. The loud noise from boiler kettling can be quite disturbing, especially if your boiler is installed in a highly used room, like your kitchen. It’s quite a common problem but thankfully not something you have to put up with for long.

Kettling boilers tend to be most common in areas of hard water. This is a type of water that possesses a high mineral count of calcium and magnesium. When hard water is heated (in a gas boiler for example) it evaporates, leaving behind insoluble calcium and magnesium deposits i.e. limescale. You’ve probably seen it in your kettle before – it’s that white chalky stuff that gets left at the bottom. Limescale in your boiler looks just like that too.

Unfortunately, limescale seems to like sticking to important components in your boiler like your heat exchanger and restricts the flow of water. When this happens, the water heats up and starts to steam, boil and expand – hence the kettle-like noises coming from your appliance. Sometimes other debris in the system (known as sludge) will also stick to your boiler’s heat exchanger and cause a similar problem.

Other reasons for your boiler making noise

Although a build-up of limescale is the most common reason for a boiler making loud noises, it’s not always the culprit. If your boiler has been installed incorrectly or the settings aren’t quite right, it will cause the water to overheat too. Boiler banging is sometimes a result of a boiler that is too large for the heating space or a pump that has got stuck and needs replacing.

If your boiler is making a whistling sound but you’re not in a hard water area, it may be a simple case of trapped air in the system. This is quite a simple repair for your gas engineer. They’ll just need to release it from your boiler and work out what’s causing the air to get trapped, so it doesn’t happen again.

Is it more of a gurgling sound you can hear? You may need to thaw out the condensate pipe. This is the pipe that drains water from your heating system. You can unblock a frozen condensate pipe by pouring over warm water heated in your kettle or using a hot water bottle.

Is the boiler kettling dangerous?

Boiler banging noises can be quite alarming and many people worry that a kettling boiler will explode. The good news is that whilst the noises aren’t pleasant, there’s very little chance of your boiler blowing up. There are several safety controls in place that will kick in and shut down your system before it poses any hazards to you or your family. Combi boilers use a pressure relief valve to combat kettling, whereas traditional boilers utilise an expansion cistern, which is usually found in the loft.

Although a kettling boiler isn’t an immediate danger to anyone, if you don’t fix the problem, it can affect the efficiency of your system. This is down to the fact that your boiler will have to use more fuel to reach its desired temperature. The more energy it uses, the higher your bills will be. Overworking your boiler can also significantly reduce its lifespan, resulting in you replacing it much sooner than you’d hope to.

What is boiler kettling?

How to stop your boiler making banging noises

Unless you are a Gas Safe registered engineer, you shouldn’t attempt to troubleshoot or make repairs on your boiler. Boilers can be dangerous if they’re not working correctly, so if you’re wondering ‘why is my boiler making a noise’ it’s best to get it looked at by an expert.

A competent and qualified gas engineer will be able to fix just about any issue causing boiler kettling. Some quick fixes include:

If your heat exchanger needs to be replaced it will be a little more costly (around £300-£500 depending on the model). You will also need to consider the cost of the repair work. We’d suggest weighing up your options. If your appliance is very old, inefficient and reaching the end of its lifespan, it may be more cost-effective to replace it with a new, more efficient boiler.

Keeping your boiler well maintained will help to prevent common problems that lead to kettling. We’d suggest booking an annual service of your boiler so any potential issues can be identified and resolved before they cause bigger and more expensive problems. This will also help to increase the lifespan of your boiler, so you really get your money’s worth.

Our boiler breakdown and home care plans come complete with annual boiler servicing. What’s more, we’ll help you keep costly boiler repairs to a minimum and offer free boiler replacement if your appliance is less than 7 years old and we can’t find a fix.

We have experts available on the phone 24/7 so if you’re concerned about a noisy boiler or your system’s not working as it should, you’ll always have access to the help and you need.

For more information about our boiler cover packages, contact the Hometree team on 0330 912 4843. 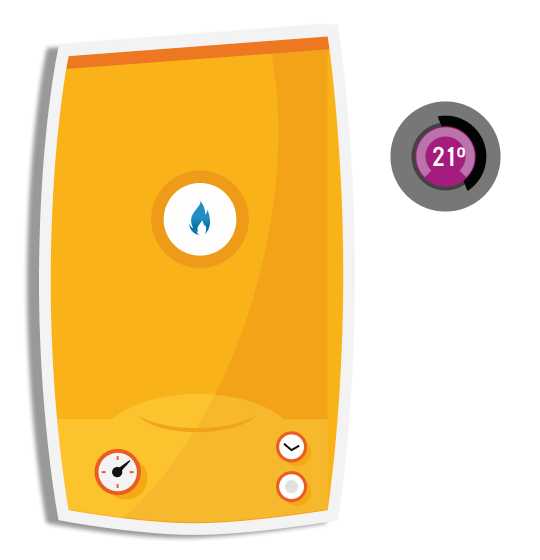 What is central heating cover?