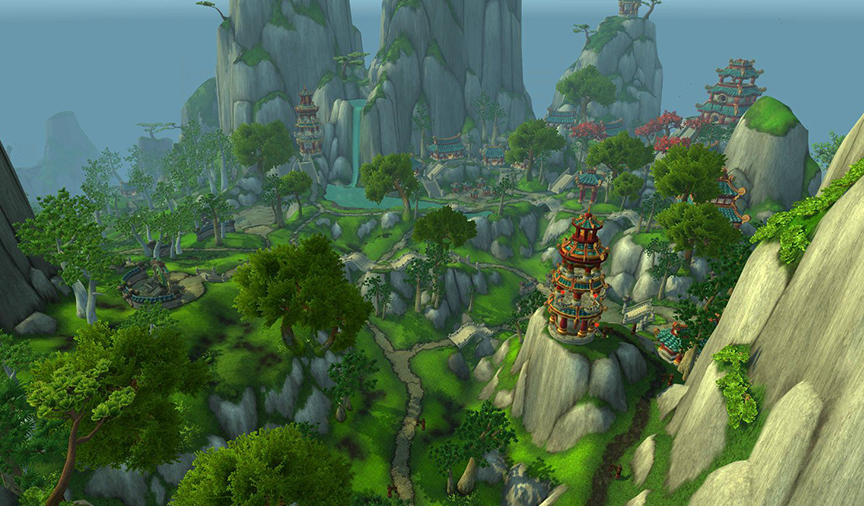 Could you afford to live in these fictional worlds?

Fed up of that stressful morning commute, and longing for adventure instead? Fancy hunting on horseback in the highlands of Skyrim? Perhaps you want to settle down in The Shire and live the simple life or move to Springfield for cool Duff beer down at Moe’s Tavern.

We’ve calculated how much it would cost to live in some of the most popular fictional worlds in real world money, so you can start planning your big move from the 9-to-5 to adventuring with your guild in Guild Wars 2.

Could you afford to live in Skyrim?

Bethesda, the creators of some of the most popular RPG games like Skyrim and Fallout 4, seem to create the most expensive worlds to live in, with Skyrim oddly being less expensive than the nuclear wasteland of Fallout.

If you wanted to live the heartland of Skyrim, you’d have to earn at least £50,000 or $60,000 in today’s money to afford the lavish lifestyle of a Whiterun homebody.

Dining out, however, is surprisingly affordable, with hot venison stews, a bottle of spiced wine and a delicious snowberry crostata for dessert setting you back just 21 gold / £25.60 / $32.12 for two.

The cost of property will only set you back around £6,000 / $7,650 for the keys to the beautiful Breezehome. When in the land of the Nords though, prepare to get a little cold, as heating the spacious old property will set you back £170.33 / $214.20 every month with all the firewood you’ll need to purchase.

On the other hand, you won’t have to pay for broadband, so you might as well splash out on spending your days being cosy and warm (although it might not be quite the same without Netflix!).

Personal care in Skyrim is quite costly, mostly because there isn’t a local barber in any of the towns and the only way to get a haircut officially is with a creepy woman called Galathil “The Face Sculptor” who hides in the Ragged Flagon who charges £1,216/$1,530 a pop. She will also alter your face for the same cost (which we suppose is a fair price for plastic surgery) but there is no discount on hair-only changes.

Could you afford to live in the Fallout Universe?

The Commonwealth, despite being in the post-apocalyptic world of Fallout 4, is the priciest fictional world to live in with the minimum amount you need to earn to live there being about £53,000 / $60,000. You might need to be a crafty tradesman or own a few fields of Brahmin to hit those yearly salaries!

The reason the wasteland is an expensive place to live lies in the difficulty of finding decent food that is free from radiation poisoning. A packet of potato chips costs £3.19 / $4.02 making them one pricey snack while fruit and veg are around 7 caps / £3.19 / $4.02 each. A simple daily meal of Iguana soup and the popular Nuka-Cola costs an extortionate 41 caps / £18.71 / $23.52 so the monthly costs adds up.

Can you afford to live in Middle Earth?

The third most expensive place to live in our list is Middle Earth – but it is probably worth it, with the lush Greenland and hobbits roaming about!

A house in The Shire would cost an estimated £227,871 making it your most expensive purchase in this fictional universe. Lucky then that Bilbo had so much gold lying about from all of that adventuring.

Based on Bill the Pony, who was sold for 12 silver pennies, your transport will only cost 0.25 Ducat / £36 / $45.27 a month if you split the cost over 12 months – much cheaper than the monthly bill for the daily work commute. (And the views are a lot nicer too unless you work in Mordor.)

Can you afford to live in Guild Wars 2?

If you want to be in a world where you live alongside alien-looking creatures and form guilds to slay dragons, the universe of Guild Wars 2 is definitely for you… if you can afford it. You will need to earn a salary of at least £40,000 or $45,000.

Can you afford to live in the Star Wars universe?

The Star Wars universe is a dangerous one, but the chance to fly around space and potentially become a Jedi is too good to turn down. Thankfully, you’ll only need a salary of £30,000 / $36,000 to afford to live in this universe, and you’ll still have some credits leftover to splash on extra colo claw fish.

Can you afford to live in the Harry Potter universe?

Hogwarts, in the highlands of Scotland, was certainly cheaper than some of the video game universes with the required yearly salary to live there, being £26,000 / $30,000.

Healthcare is free thanks to the NHS, keeping the personal care costs down, and food costs are average with basic meals costing about 1.81 galleons / £7.67 / $9.67.

Can you afford to live in The Simpson’s universe?

The cost of living in Simpsons' Springfield requires a minimum salary of £42,000 to $48,000 – Homer Simpson must be doing pretty well at the nuclear power plant, despite being asleep most of the time.

Can you afford to live in Stranger Thing’s universe?

How we calculated these estimates

To estimate the cost of living in each fictional universe, we researched the cost of food items (chicken, milk, eggs etc.) or closest equivalents to these items, the cost of housing with mortgage estimates using online calculators, the native transportation costs (such as a horse on Skyrim or the Vertibird in Fallout 4), personal health care costs (whether health potions or toilet paper) and the cost of going out for a meal for two.

These prices were then normalised to the average cost of chicken (which every universe had a set cost for) in the United Kingdom and the United States. Where no in-universe costs were mentioned, we looked at the closest possible estimation (for example with Stranger Things, costs were taken from Indianapolis and then the relative 1980s value was calculated from those numbers.)